This year has seen a number of legislative changes around speed limits and safety for LGVs. All of which have been welcomed by Tripod Crest, as the new rulings will hopefully mean fewer accidents and safer roads for pedestrians, cyclists and other motorists as well as our drivers. 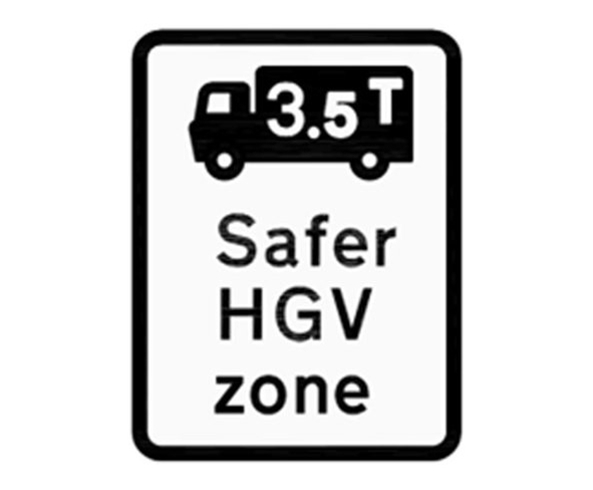 The national speed limit for HGVs over 7.5 tonnes travelling on a single carriageway has increased from 40mph to 50mph, and from 50mph to 60mph on dual carriageways – in England and Wales. The limits in Scotland have stayed the same.

The new speed limits are felt to better reflect the needs of today’s transport network, with car drivers being less frustrated by slow lorries and enabling LGVs to use the additional speed, where it is safe to do so, and gain running cost benefits.

Tripod Crest’s fleet is already compliant with London’s new safer lorry scheme – which ensures that only LGVs fitted with the specified safety equipment are allowed on the capital’s roads.

Specifically, all vehicles over 3.5 tonnes are now required to be fitted with:

Class V and Class VI mirrors giving the driver a better view of cyclists and pedestrians around their vehicles
Side guards to protect cyclists from being dragged under the wheels in the event of a collision.

One of the scheme’s top priorities is to reduce the number of people killed or seriously injured on London’s roads by 40% by 2020. It operates 24 hours a day, seven days a week, covering the same area as the Low Emission Zone and enforced by the Metropolitan Police Service, City of London Police and the Driver and Vehicle Standards Agency. Non-compliance will result in serious fines.

All new Tripod Crest LGVs are compliant with the basic safety equipment. In addition, the company will fit enhanced safety features including warning signage for cyclists, a left turn audible warning system, a rear facing camera and a motion sensor which gives an audible warning to any cyclist moving along the nearside of the vehicle.

If you would like further information about the legislation or the measures taken byTripod Crest, please email peter.going@tripodcrest.co.uk